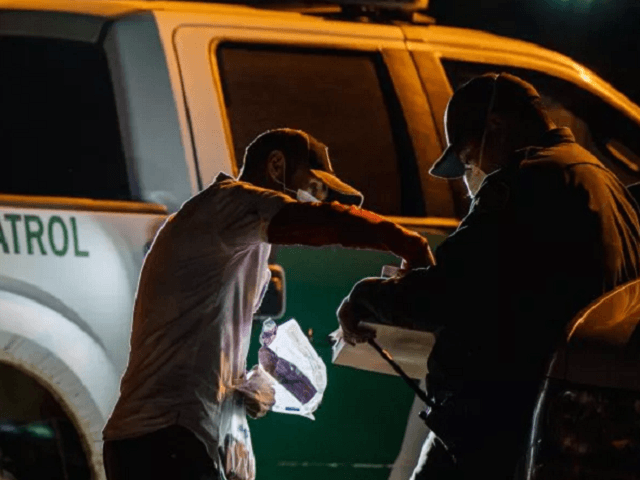 Houlton Sector Border Patrol agents teamed up with Maine law enforcement to take 22 migrants illegally in the country into custody. Those arrested include a previously deported Mexican national with a conviction for human smuggling and illegal re-entry after removal.

Wilton is located near the center of Maine, southeast of Farmington.

Border Patrol agents arrived and identified 15 of the occupants as Mexican nationals illegally present in the United States. The other two occupants were U.S. citizens.

During a records check, Border Patrol agents identified one of the Mexican men as a 31-year-old male with a criminal history that included human smuggling and illegal re-entry after removal. “It is a felony offense for a person previously removed by the U.S. to illegally re-enter the United States,” officials explained.

The agents referred the convicted smuggler to the U.S. Attorney’s Office for prosecution for illegal re-entry after removal. If convicted, the man could face up to 20 years in federal prison. Officials did not disclose if the man was acting as a smuggler in the current incident.

The agents processed the remaining Mexican nationals for removal proceedings. The two U.S. citizens were not charged in connection with the incident.

A few hours later, Rangeley Station Border Patrol agents encountered another group of migrants near the town of Rangeley, Maine. This community is also located miles from the U.S.-Canadian Border.

Agents identified the migrants as Ecuadorian nationals illegally present in the United States. The agents processed the seven Ecuadorian migrants for removal proceedings.

“Whenever we take a criminal off the streets, it is a success. The aforementioned 31-year-old Mexican National was not only convicted of human smuggling but has also been removed from the United States twice previously. This incident is a great example of how our effective partnerships with state, county, and local law-enforcement agencies help keep our communities safe.” John Krause, Patrol Agent in Charge of the Rangeley Border Patrol Station said in a written statement.

Houlton Sector Chief Patrol Agent William Maddocks added, “When foreign nationals enter the U.S. illegally, we never know who has a prior criminal history or other derogatory backgrounds until they are encountered by law enforcement. Unfortunately, we have seen a notable increase of foreign nationals with criminal history transiting through and working in the Rangeley Station’s area.”